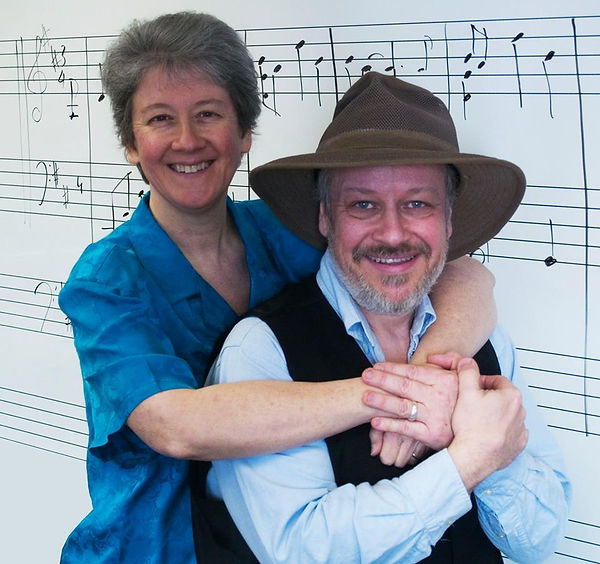 ​Based in the Catskill Mountains of New York for ten years and now landed in Kentucky, the heart of Appalachian music, they have shared their unboundaried love of music with audiences for 27 years.  Their multi-faceted and engaging repertoire combines timeless traditional, roots, folk, virtuosic instrumental and original music to the accompaniment of over 20 (often unusual) instruments.

Their large repertoire of Americana music includes songs from the Catskill Mountains of New York State (as recorded on one of their five albums, “A Home in the Catskills”) and Southern Appalachian ballads and songs (gleaned during their seven years at Berea College, including two fellowship studies).

They also are award-winning songwriters, rooting their style firmly in Americana with well-crafted songs that tell great stories, insightfully explore social issues, and bear witness to the redeeming power of love.

Liza & A.J.  have played venues and festivals in New England, the Mid-Atlantic, the Midwest, the Southwest and throughout Appalachia.  In addition to their performance schedule as a duo and as folk dance musicians, the two currently work at Berea College, KY, where A.J. plays for the dance department, including the 84-year-old internationally known Country Dancers, and Liza leads the nationally recognized college Folk-Roots Ensemble and teaches classes in Appalachian music, music education, and songwriting.  Both appeared on the college’s nationally broadcast CBS TV Christmas special, and Liza and the Folk-Roots Ensemble have opened for Vince Gill and performed with the Chieftains.

Art Menius, the founder of the Folk Alliance and Merlfest, said, "She can play anything with strings. He can play anything with keys. Both sing wonderfully. Liza and A.J. use ancient and original songs to connect traditional and contemporary folk music. Their commitment to social justice keeps them grounded in the present, while their research connects their music to place and history.”

​Whether in your living room or a 3000-seat hall, Liza & A.J.’s music draws hearts and minds together in community and beauty.