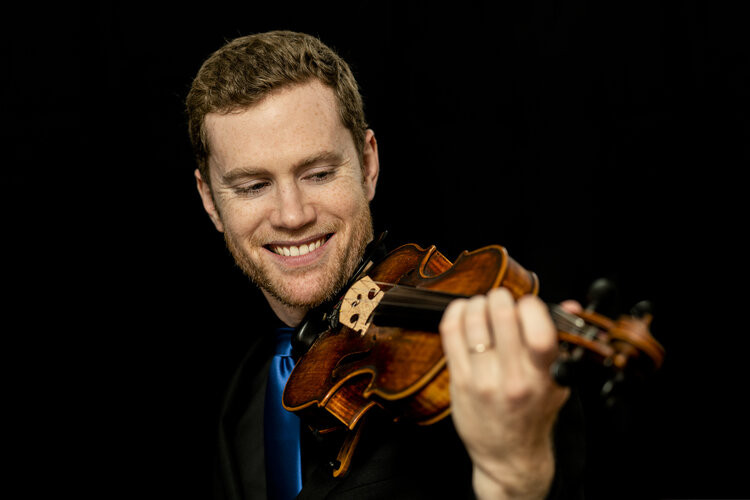 Andrew Finn Magill has been featured on TEDx, NPR, and MTV-U. Finn is a Fulbright fellow, North Carolina Arts Council fellow, and South Arts Emerging Traditional Artist. He has performed with John Doyle, Rising Appalachia, Charm City Junction, Open the Door for Three, Greg Ruby, The Paul McKenna Band, and Peter Mawanga among others. Finn grew up studying Irish, old-time, and bluegrass with dozens of the best fiddlers in the world every summer at The Swannanoa Gathering in Asheville, North Carolina. Finn has performed at venues which include Milwaukee Irish Fest, Celtic Connections, Olympia Hall in Paris, France, DisneyWorld, and Malawi’s Lake of Stars Festival.

In 2005 Finn debuted with Drive & Lift a collection of traditional and original Irish music. In 2009 Finn was awarded a Fulbright-mtvU Fellowship to spend a year in Malawi co-writing and co-producing a concept album about HIV/AIDS with Malawi pop icon Peter Mawanga. The result, Stories of AIDS: Mau a Malawi, is a soundscape of traditional Irish and Malawian sounds reimagined with an Afro-pop production and a riveting message of social justice. It was the inspiration for a multimedia show of the same name Finn wrote and co-directed with Jon Haas and Joseph Megel, and which debuted at the University of North Carolina’s Memorial Hall in October 2011.

In 2016, Finn released the two-part Kickstarter-funded concept album Roots and and Branches which features original acoustic music inspired by Irish and American music. Roots debuted at #46 on the Folk DJ charts.

“Its nice to see fresh, young musicians carrying on the traditions of Brazilian music. Finn Magill displays a love and authenticity that can fool you into thinking he is from Brazil. His style is playful and light, yet soulful and passionate. Congratulations!”

Fascinated by the connections between the fiddling traditions of Ireland and Scotland and their musical cousins of oldtime and bluegrass, in 2018 Finn created the lecture series “The Relationships between Irish, Scottish, and American Fiddle traditions” which is a musical presentation for adults that explores the connections between these styles through their fiddle tunes. Finn has given this lecture at universities across the country and museums across North Carolina. Finn has taught traditional Irish music, bluegrass, Brazilian choro, and old-time at over a dozen fiddle camps across the U.S, Scotland, Canada, Brazil, and France.

Finn currently has active projects with Dave Curley, Alan Murray, Seán Gray, and an acoustic jazz quartet. Finn tours as a solo artist and sideman with dozens of artists in various genres.