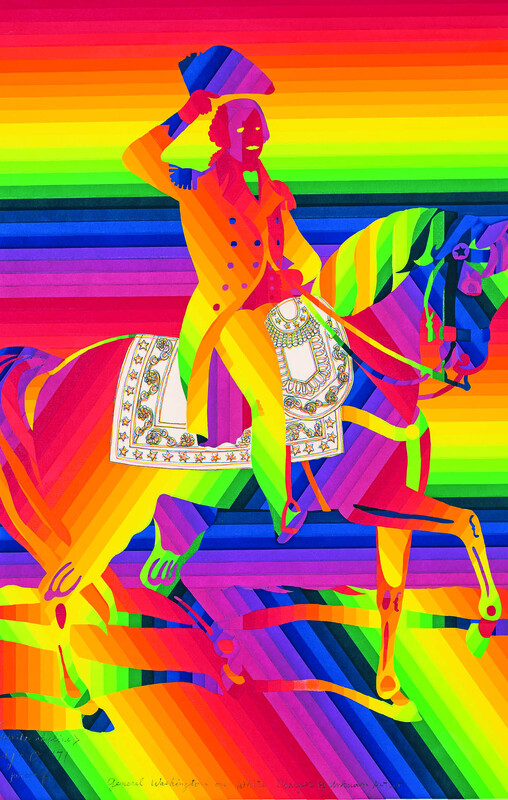 Some printmakers have spent their entire lives creating reproductions of the paintings or sculptures created by others. Many artists have been inspired by famed predecessors whose work influenced their own in a variety of ways. It was once common to commission portraits memorializing loved ones—or famous figures—following their deaths. This three-gallery exhibition drawn from the permanent collection explores these and more meanings of the word “after” in the world of art.

The exhibition includes etchings, engravings, and lithographs made after the work of such luminaries as Flemish artist Peter Paul Ruben, known for his Baroque exuberance; the American painter Gilbert Stuart, known for multiple portraits of George Washington; or John Constable, the Romantic English landscapist. Prints were often commissioned by the original artists to boost both their fame and bank accounts. The versatile printmakers who translated oil paintings and sculptures into black-and-white prints not only reproduced the composition, but captured the aesthetics and intentions of their fellow artists.

The Japanese avant-garde artist Ay-O was intrigued by a series of naïve eighteenth- and nineteenth-century American paintings; he appropriated the subjects and compositions of the paintings but reimagined them in rainbow stripes that certainly would have shocked the original painters. Pop artist Jim Dine made a series of haunting images based on a German collection of Greek and Roman sculptures. They are not literal reproductions; in his hands, the figures seem eerily alive. Mary Ann Currier and David Hockney inserted postcards of work by Paul Gauguin and John Constable into their contemporary still-life compositions to pay tribute to nineteenth-century figures they admired.

The long tradition of religious art representing the death and resurrection of Christ in a myriad of forms, along with more personal memorials, are included here. In a similar manner, After pays tribute to the many artists whose names are not recognized today, but whose skill brought the work of others to life. It recognizes that no art is made in a vacuum, and that past lives live on in more recent art in a myriad of forms.