School of Music alum Renee Collins Cobb ('85, BM in Music Education) and Warren Cobb ('85, BA in Music) met while they were members of the UK Choristers in the early 1980s. 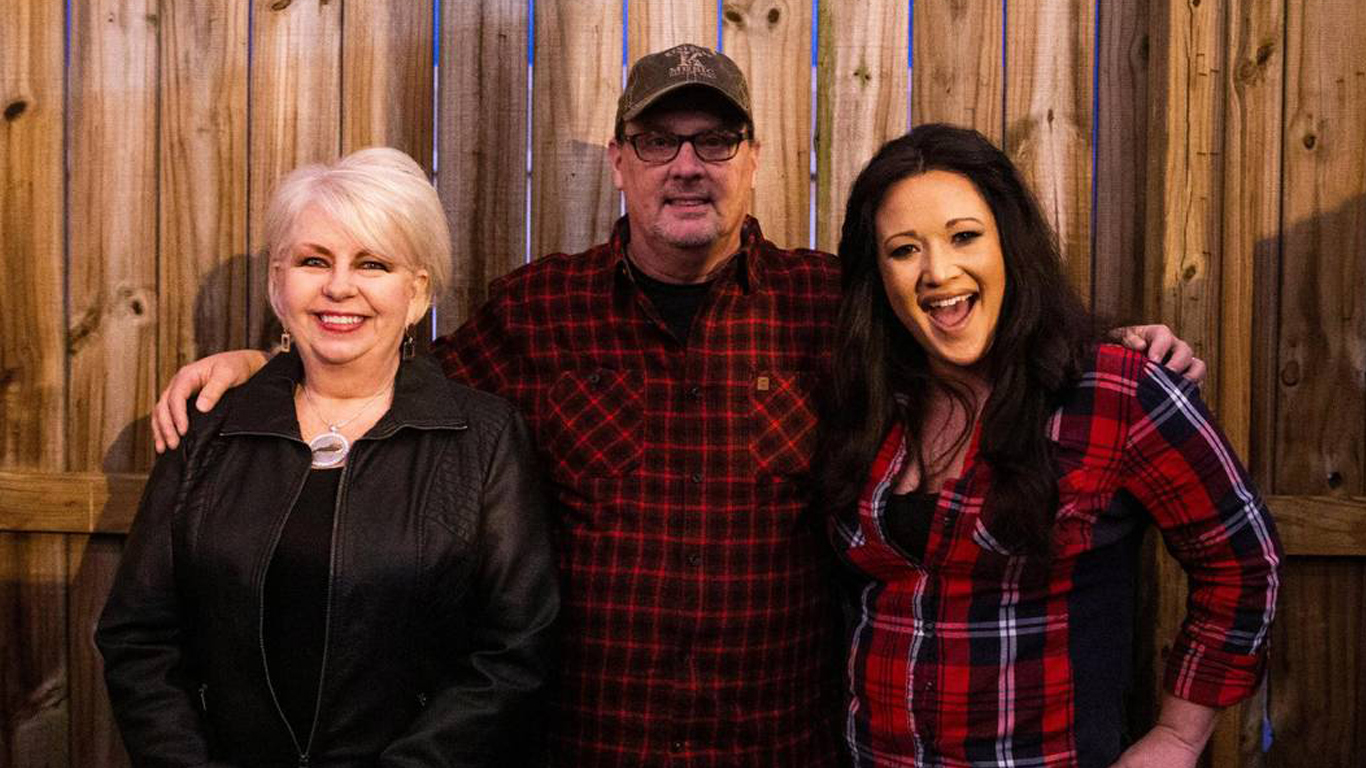 Flash forward over 30 years, Renee and Warren are examples of School of Music alum that have been making a major impact on the Kentucky music industry. Renee's live music music show, "Overtones Live" recently celebrated its 100th broadcast and is the only regional live music program hosted by women. In March 2021, the Lexington Herald Leader profiled Renee's continued efforts during the COVID-19 pandemic that has otherwise brought the live performing arts industry to a halt.

By her own estimation, Renee Collins Cobb is a “social introvert.” Every Wednesday night, however, she sets any self-perceived shyness aside. That’s when the Ashland native is either behind a microphone or a video camera to bring “Overtones Live” to life.

“A lot of people would never have dreamed that I would be doing what I’m doing now.”

What Cobb “does” is host and produce a weekly live music radio program that will celebrate its 100th performance/broadcast on March 10. Titled “Overtones Live,” the hour-long show highlights regional artists, as do other music programs.

It blends live performance with interviews, as do similarly structured shows. It also emphasizes the grass roots elements within the music and inspiration fortifying these artists, which competing broadcasts do.

So what makes “Overtones Live” different? For one thing, it is the only regional live music program on radio hosted by a woman – actually, two women. A one-time guest artist on “Overtones Live,” Eastern Kentucky-born blues singer Rachel Crowe, now serves as co-host with Cobb, making the show’s performance perspective immediately unique.

“I just don’t think that females are represented in the numbers males are this business,” Cobb said. “What we’re doing makes me very proud. A lot of my female musician friends are finding this a safe space to be in. Men are, too, but especially the women.”

“Once I introduce the show, Rachel does the interviewing because I go immediately over to a camera. We have three cameras that we’re filming from, so that’s been a learning experience for me, too. None of us are professionals at this. But we’ve taught ourselves how to do all of this to a quality, I believe, that is pretty close to what you would see from anybody that’s been doing this for awhile.”

Airing in Lexington on WLXU-FM since its inception in 2018, the program has been picked up by a growing list of stations that has also brought “Overtones Live” to Louisville, Irvine and Stanton. The music it celebrates is not genre specific. Folk, blues, country and more share the spotlight, as do solo singer-songwriters and full electric bands.

Cobb’s feel for the music is an outgrowth of Listen Locally, a company she founded with husband Warren Cobb, who co-produces “Overtones Live.” An advocacy group of sorts for Kentucky music, Listen Locally has promoted a series of open mic outings in performance venues to encourage emerging artists.

“The goal was, when we started, for someone to not have to go out for more than an hour in any direction in Kentucky to get to an open mic,” Warren Cobb said. “We truly feel open mics are where the diamonds in the rough are found. That where you find the guy who sits in his bedroom strumming and singing and playing the songs he has written. But maybe he’s maybe not a professional singer. Maybe he’s not a professional songwriter or guitar player, but he wants an outlet to be able to perform his songs and for those songs to be heard. An open mic is like the first invitation, the first place he can go for that to happen.”

“We had a guy that showed up at Twisted Cork (in Lexington) one night when we were doing an open mic there,” Renee Cobb recalled. “We brought him (Philip Lillelund) over to Overtones because he was so unique. He moved away from the area, but just two weeks ago, we found out he was a finalist on ‘The X Factor’ in Denmark. We had another artist who became a contestant on ‘The Voice’ a couple of years ago. It has been a kick to see all this.”

The music presented on “Overtones” is essentially homestate-made, but artists from neighboring states are occasionally invited to the party.

“We have some artists that are from out of state, but the focus is Kentucky music,” Renee Cobb said. “If they are playing music in Kentucky, it becomes Kentucky music. That’s one of the things we’ve been able to work really well with – regional contacts. We want artists to keep their eye out for us. We want to be able to speak to the entire state and not just Lexington.

"We want artists to keep their eye out for us. We want to be able to speak to the entire state and not just Lexington."

“We’ve had Nashville songwriter shows, as well, that we put into the mix. We recently brought Blue Foley and Russell Sutton to ‘Overtones.’ They wrote songs for (country artists) Ashley McBryde and Elvie Shane. We added some of our local songwriters so they could kind of witness a master class in songwriting.”

Like many performing arts projects, though, “Overtones Live” has had to adjust to the ongoing COVID-19 pandemic over the past year. When the show’s longtime home, the Lyric Theatre and Cultural Arts Center, halted performances after the coronavirus hit, “Overtones Live” was produced out of various home studios before Cobb and company were invited to stage it at Austin City Saloon. They have operated out of there since September 2020.

“For the time being, we are straight ahead in using Austin City Saloon. We’re liking the feedback we’re getting not only from the artists but from the fans. It’s a very symbiotic relationship. What this does is engage local community radio, local businesses and the musicians. We’re all working together, almost in an ecosystem. So it’s bands and patrons and it’s musicians and venue/bar owners. We all need each other to survive this time. We have to take care of each other as a community.”