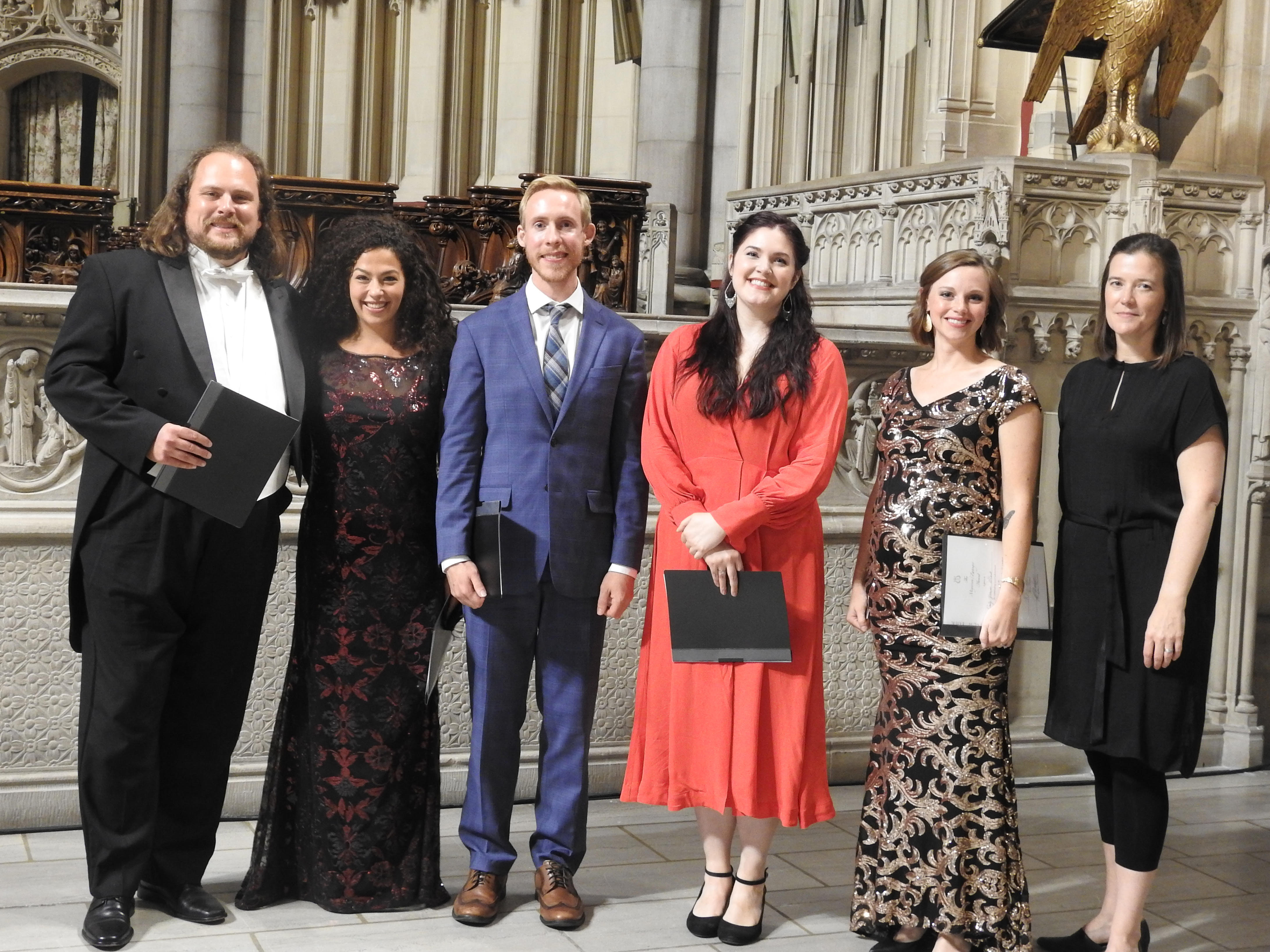 School of Music Alum, Rebecca Farley, 2013 Bachelor of Music in Vocal Performance, was awarded the Esther Korshin Award and a $2,500 prize. Rebecca was one of five finalists for this year’s competition and was selected from 120+ singers who participated in the 2020 competition, before the pandemic forced its cancellation that year. Rebecca sang two contrasting oratorio works for the competition.

The prestigious annual Oratorio-Solo Competition encourages the art of oratorio singing and provides young singers the opportunity to advance their careers.

About the Oratorio Society of New York

The Oratorio Society of New York (OSNY) is one of the oldest musical organizations in the United States and has become New York City’s standard for grand choral performance. Founded in 1873 by Leopold Damrosch, the Society has played an integral role in the musical life of the city. In its early years, the Society established a fund to finance the building of a new concert hall, a cause taken up in earnest by the Society’s fifth president, Andrew Carnegie. In 1891, and under the direction of Pyotr Tchaikovsky, the Society helped inaugurate this new Music Hall, which would be renamed Carnegie Hall several years later.

The Society continues to perform several times each season at Carnegie Hall. Its annual performances of Handel’s Messiah, a tradition unbroken since 1874, have become a holiday favorite with New York audiences. In addition to its collaborations with the New York Philharmonic and New York City Ballet, as well as other performing arts institutions, the Society performs internationally every few years – including recent concerts in Japan, Uruguay, Germany, Italy, and Brazil.

The OSNY membership consists of avocational and professionally trained singers as well as non-singing members. Auditions are held twice annually at the beginning of the fall and winter terms. OSNY is a not-for-profit 501c3 corporation governed by a volunteer board of directors with a professional music staff.

Rebecca updates audiences for the 2020 Grand Night At Home series from the UK Opera Theatre. Featuring an excerpt from her performance in "It's A Grand Night for Singing," 2013.