Dr. Marchioni recorded 10 French works for oboe and piano with Kevin Murphy, many of which have never been professionally recorded. 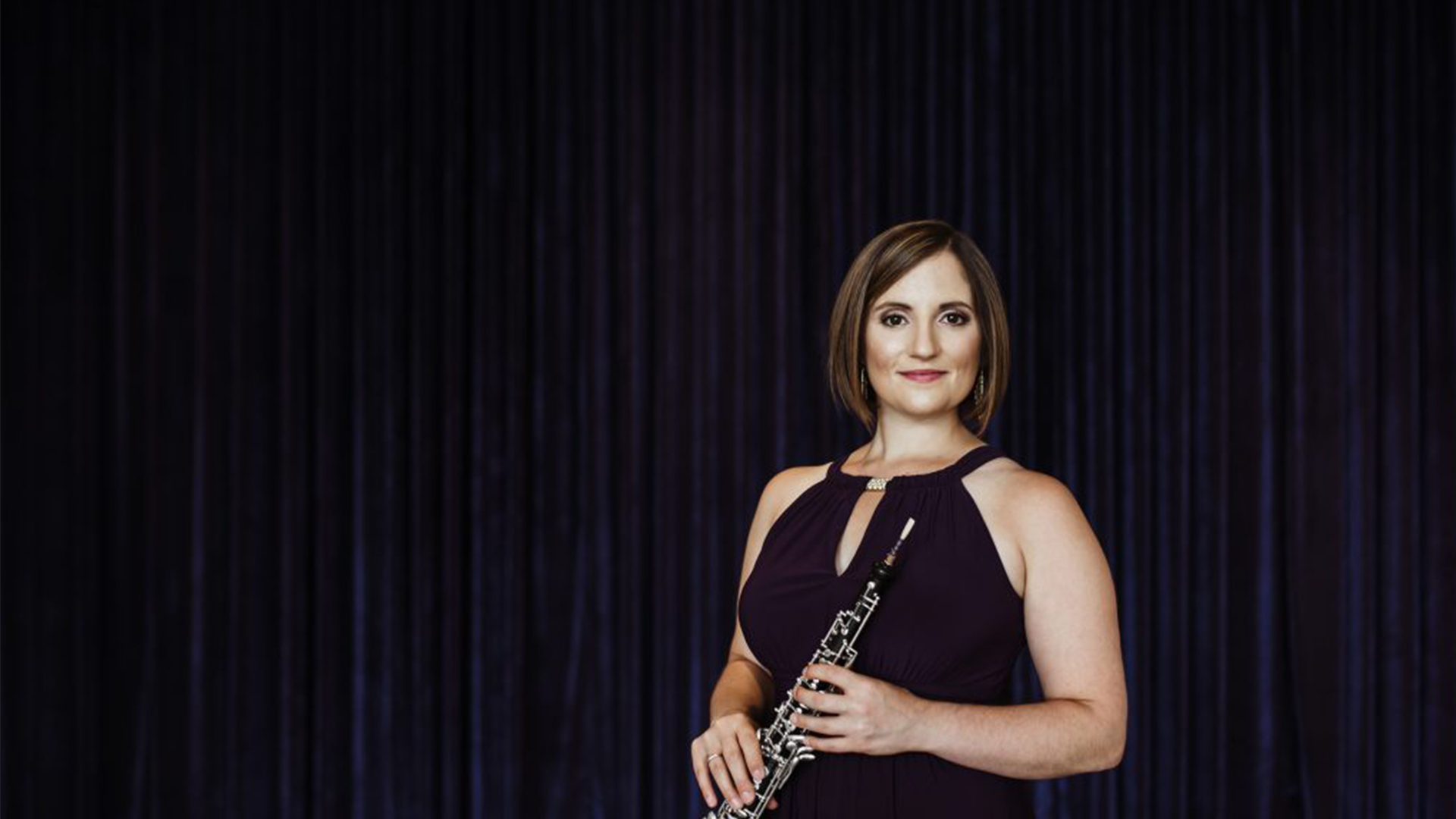 UK School of Music Associate Professor Dr. ToniMarie Marchioni released her first commercial album on the Centaur Records label Friday, December 2, 2022, Légende: Concours for Oboe and Piano. Recorded at Indiana University's Auer Hall, the album features Marchioni on oboe with Kevin Murphy on piano performing ten French works for oboe and piano, many of which are recorded professionally for the first time with the album.  "I am very excited to see this album finally make it out into the world. My hope is that oboists and oboe teachers will also fall in love with this incredible music, perform it more frequently, as well as incorporate it more fully into our curriculums," says Dr. Marchioni. "I am extremely grateful for the support I received from the University of Kentucky to see this project come to fruition."

A direct outcome of the French Revolution, the Paris Conservatoire was founded in the late nineteenth century to give cohesion to the French musical tradition. More specifically, the Conservatoire has been historically significant for woodwind playing and repertoire, as many French composers had an unusual affinity and skill for handling these instruments’ timbre and technical capabilities. With a notable emphasis on wind instrument instruction throughout the school, Paris became an important hub for solo wind playing and the wind quintet as we know it today.  ​

In particular, the American oboe style is directly descended from the French style, back to the school’s most early years of inception: many of the etude books still used today were developed by the Conservatoire’s internationally famous oboe professors, many of whom also played important roles in the physical development of the instrument (several important instrument makers were based in Paris). Additionally, and even more significantly, Marcel Tabuteau, the longtime principal of the Philadelphia Orchestra and artist-teacher of the preeminent Curtis Institute of Music in the early twentieth century, was himself a pupil at the Paris Conservatoire before immigrating to the United States. It is crucial to understand that every oboist in the United States can trace his training and “lineage” back to Mr. Tabuteau, a master performer and renowned pedagogue. Therefore, our current concept of sound, articulation, tone production, and musical interpretation is directly derived from the French style of playing originated at the Conservatoire.

For decades, each year the Paris Conservatoire hosted a public Concours, or competition, that acted as the final examination for the students. To graduate, the student was expected to attain First Prize (Premier prix). For each competition, a solo work was commissioned – that is, written expressly for the occasion – or selected from previous years’ repertoire to test all facets of a students’ playing, from technical prowess to musical interpretation. For years, this process generated a large body of repertoire that is both pedagogically significant and artistically rewarding. Despite the merit and beauty of this music, very few pieces have been commercially or professionally recorded, and even fewer by American oboists. For many of the works on this album, these are the first recordings.

These ten works were selected to represent a variety of time periods and musical styles within the Concours repertoire. It is of note that the Solo pour hautbois by Emile Paldihle was the piece Marcel Tabuteau performed for admission into the Paris Conservatoire, and Légende by Louis Diémer, the work for which he obtained the Premier Prix. As a set, these compositions offer deeply compelling musical narratives as well as innumerable opportunities to showcase technical prowess. This album was recorded with support from the University of Kentucky Summer Research Fellowship and the University of Kentucky Research Enhancement Grant. ToniMarie Marchioni plays F. Lorée Royal oboes. 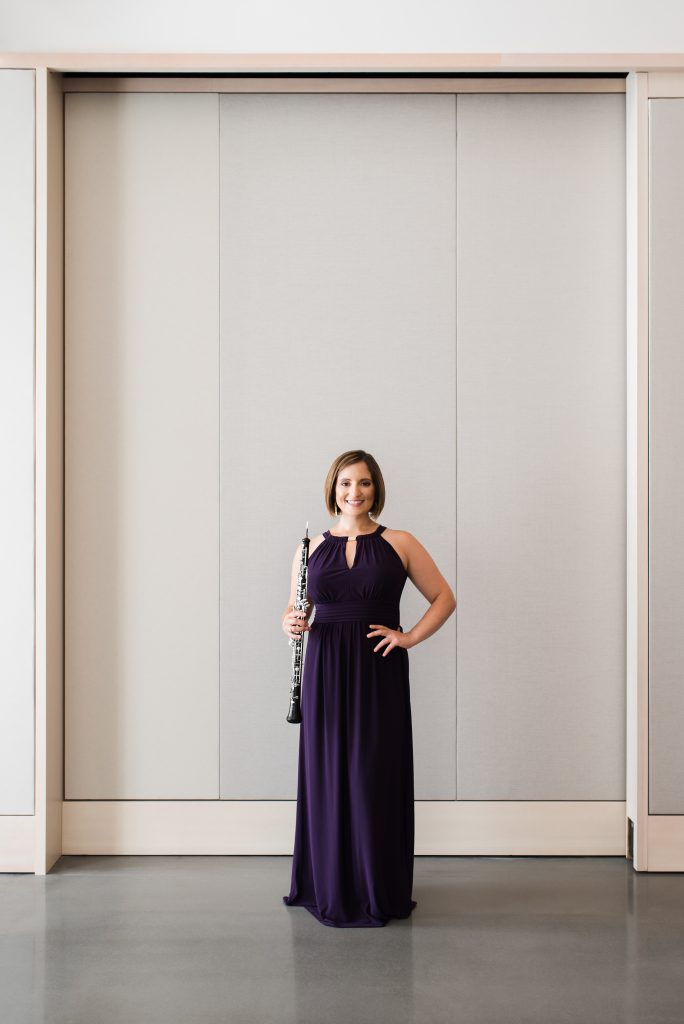 Dr. Marchioni has performed in Europe, South America, Asia, and throughout the US as a soloist, chamber musician, and orchestral player. For the 2017-18 season, she was the Acting Second Oboe for the National Symphony Orchestra in Washington, DC. She has also been a featured artist at the Moab Music Festival (Utah), in Carnegie Hall’s collected stories festival curated by Pulitzer Prize-winning composer David Lang, for the Stefan Wolpe Society, and at New York's leading contemporary music venue Spectrum. A member of IRIS Orchestra and Decoda, and an alumni of Carnegie Hall’s Ensemble Connect, she has also appeared as a guest musician with the Philadelphia Orchestra, Detroit Symphony, Cincinnati Symphony, Nashville Symphony, American Ballet Theater, Orpheus Chamber Orchestra, New Jersey Symphony, and Atlanta Symphony. Currently the Associate Professor of Oboe at the University of Kentucky, ToniMarie is a native of Mechanicsburg, PA and holds degrees from Harvard University and The Juilliard School. 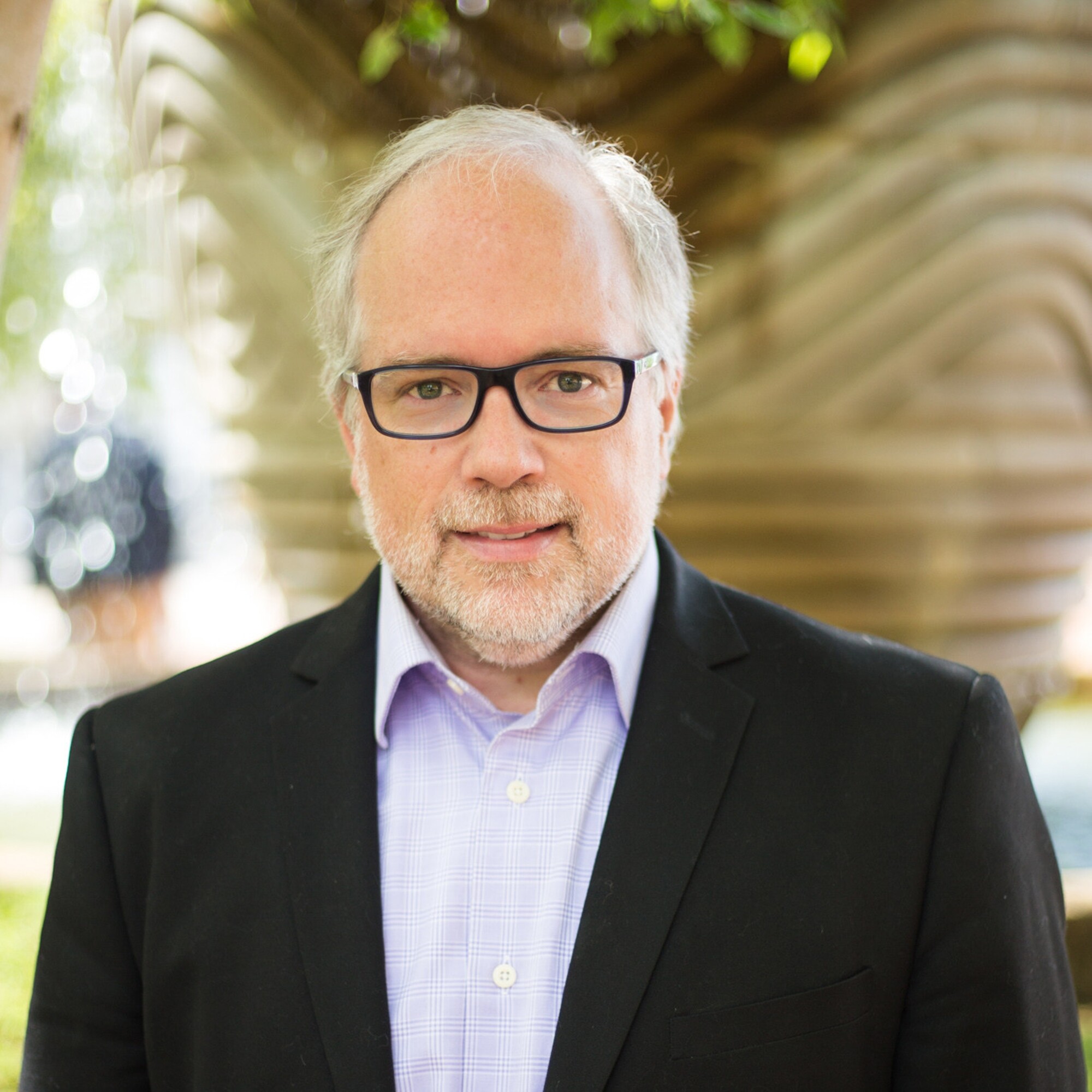 Pianist Kevin Murphy, a leading figure in the classical vocal world, is Director of Coaching and Music Administration for Indiana University Opera Theater, and Professor of Music and Co-Director of the Collaborative Piano Program at the Indiana University Jacobs School of Music. He has served as the Director of the Program for Singers at Ravinia’s Steans Music Institute since 2011 and is currently the Artistic Director of the Tel Aviv Summer Opera Program in Israel. Previously, Murphy was Director of Music Administration and Casting Advisor at the New York City Opera (2008-2012) and Director of Musical Studies at the Opera National de Paris (2006-2008). Kevin was the first pianist and vocal coach invited by Maestro James Levine into the prestigious Lindemann Young Artist Program at the Metropolitan Opera, and from 1993-2006, he was an assistant conductor at the Met. A native of Syracuse, NY, Kevin received degrees from Indiana University and the Curtis Institute of Music.

The album is available to stream on Spotify Apple Music, and Amazon Music.