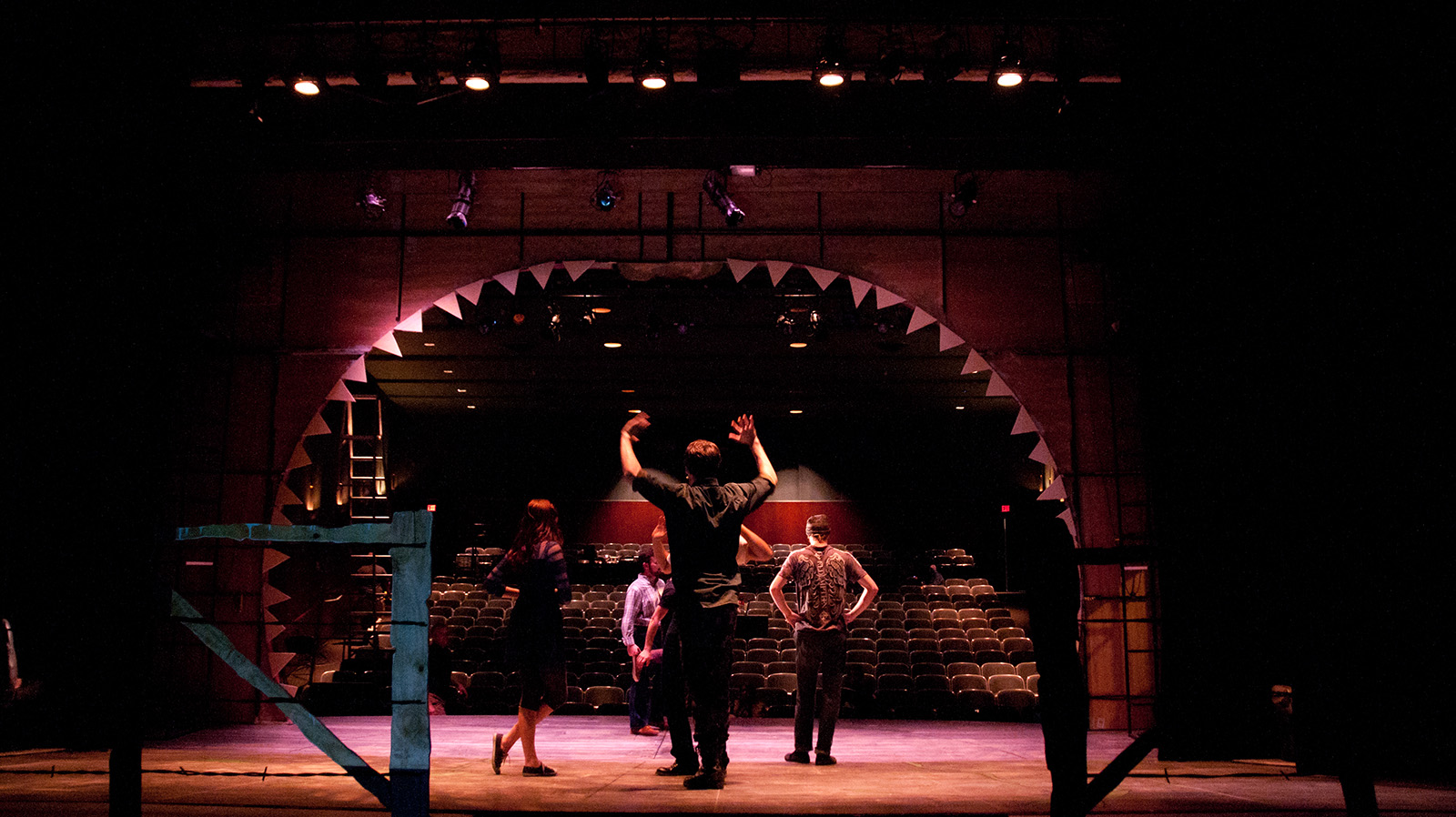 Students learn, rehearse, and perform in the Guignol year round.

The first Guignol Theatre, named after the popular Grand Guignol Theatre in Paris, was built on the University of Kentucky campus in 1927. The impetus for creating the Guignol came from the student group the "Strollers," who produced their first play in 1910.

By the 1920s, the Little Theatre Movement had taken hold across the country, causing theatres to sprout everywhere. The theatrical excitement that the Strollers had occasioned in the community developed in phases into the Guignol Theatre. The first phase was organized by the English Department, which began offering more courses in drama and oral interpretation. Carol Sax began teaching in the Art Department, where he organized a theatre which he called the Romany Theatre, located in an African American church near campus. Sax left UK toward the end of the 1920’s. Around the same time, Frank Fowler came to UK to teach in the English Department. Under his watch, the Romany was renamed the Guignol. Fowler also hired Wallace Briggs, who succeeded Fowler as a champion of the theatre.

After serving the cultural needs of the campus and the community for 20 years, the first Guignol Theatre, located at the northwest corner of Euclid and Martin Luther King Blvd., burned to the ground in 1947. Three years later, the Guignol reopened in the Fine Arts Building with a production of Medea starring Mrs. Lucille Caudill Little.

For over 50 years, the second Guignol has filled a vital niche in the community as the venue where generation after generation of Lexingtonians have been exposed to the pleasures of drama. The Department of Theatre and Dance celebrates the proud Guignol tradition of being part of Lexington’s cultural community since 1927. The Guignol was renovated in 2000 and the theatre was reopened to the public with a grand gala in February 2001.