"Va Bene Così," a short film written and directed by Peter Allen Stone, assistant professor in the University of Kentucky Department of Theatre and Dance, is enjoying a busy and award-winning film festival season. 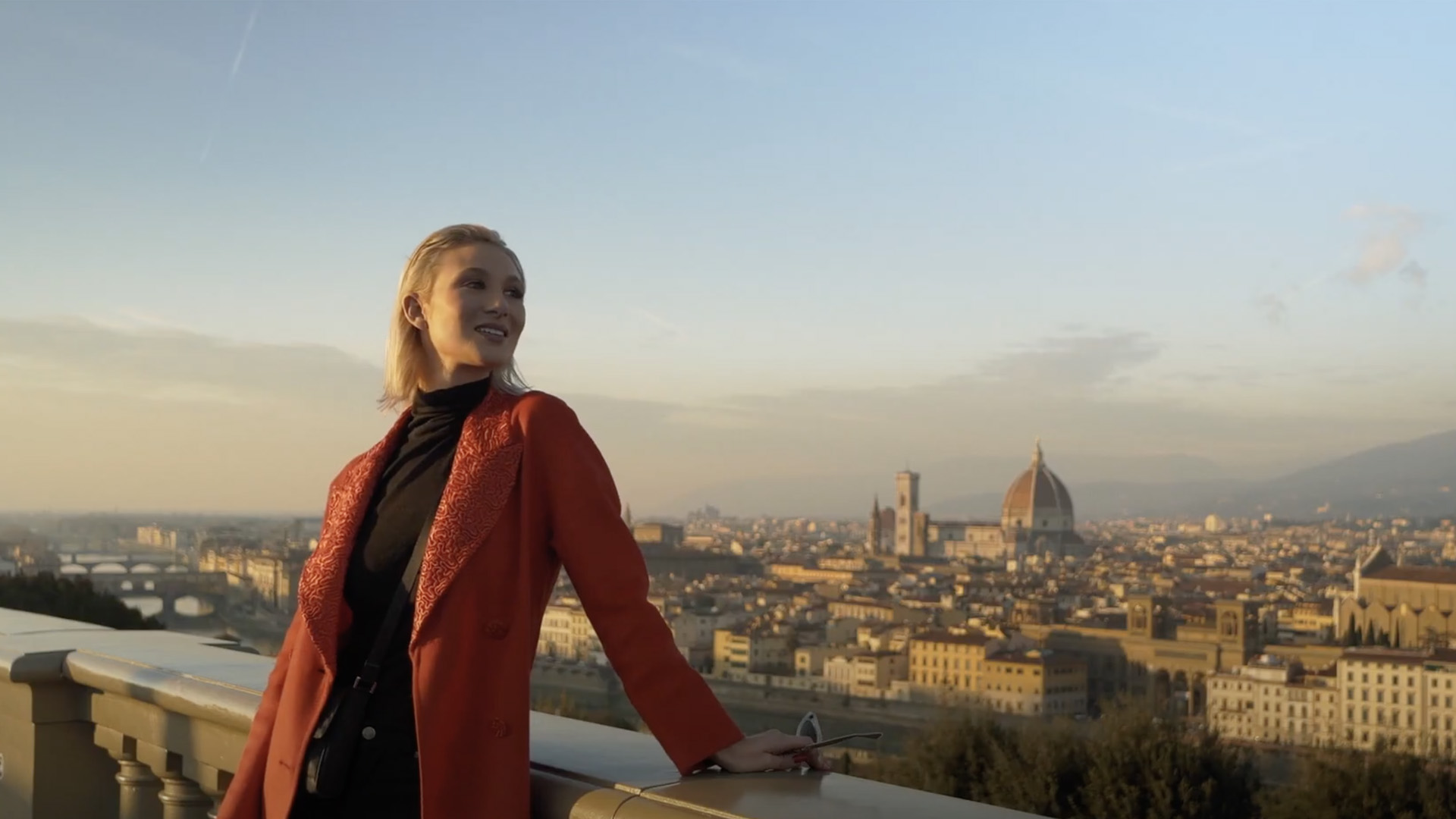 From uknow by whitney hale and mark mozingo

Shot in Florence, Italy, the film follows Carlotta who travels to Florence to escape her chaotic life in New York City. The host at the villa, sets her up on a blind date with her nephew from Naples. This may be a match made in heaven … but there is only one problem, he doesn’t speak English. In the end, Carlotta discovers that she must find happiness within herself before she shares her life with a man.

When asked about the experience, Stone said, "It was an honor to shoot 'Va Bene Cosí' at Villa Montereggi, the former home of the famous Italian painter Cosimo Rosselli (1493-1507) and with such a talented Italian crew."

Peter Allen Stone is an actor, writer, director and teacher. He began his career in Los Angeles, but he has spent the majority of his time working in New York City.

Stone is the former chair of Acting for Film at the New York Film Academy in New York City. In 2017, he launched NYFA’s new campus in Mumbai, India, and he has taught acting for the camera with the academy in Florence, Italy, for many years. In addition, he has taught workshops at Dongguk University in Seoul, Korea, in Berlin, Germany, and at NABA University in Milan, Italy (Matter of Identity Conference). His former students have appeared on Broadway, off-Broadway, in Hollywood and Bollywood films, on major television series, and numerous commercials.

As a playwright, Stone co-authored the critically acclaimed play "Unnatural Acts," which premiered at Classic Stage Company in New York City. The play received a 2012 Drama Desk Award Nomination for Outstanding Play, G.L.A.A.D. Media Award Nomination, Off-Broadway Alliance Award Nomination, and an Honorable Mention for Top 10 Plays by The Advocate. His play, "Everygirl," premiered in January 2019 at Kallio School of Performing Arts in Helsinki, Finland. Also, he is the author of the book "Acting for the Camera: Back to One" (published by Routledge Taylor & Francis Group).

Stone's film and television credits include: "Florence in Love," "Beyond Depth," "One Life to Live," "As the World Turns," "All My Children," "The Guiding Light" and commercials. Also, he assisted as an audition reader and camera operator for major film and television projects at Mackey Sandrich Casting in New York City. His New York and regional theatre credits include: Classic Stage Company, American Conservatory Theater, Actor’s Theatre of Louisville, Portland Stage Company, ATL’s Humana Festival of New American Plays, Loessin Theater, Riverside Theater, and NYC and DC Fringe Festivals.

Stone received his Master of Fine Arts in acting from the American Conservatory Theater in San Francisco, is a founding member of Plastic Theatre Company in New York City, and is a member of AEA and SAG-AFTRA.