When Nancy Fish Hanna (’68 home economics, College of Agriculture, Food and Environment) was a child growing up in Raleigh, North Carolina and Milford, Pennsylvania, she had what some might call a magical childhood filled with travel — trips to art museums, the local ballet, music, and her personal favorite, the theatre. 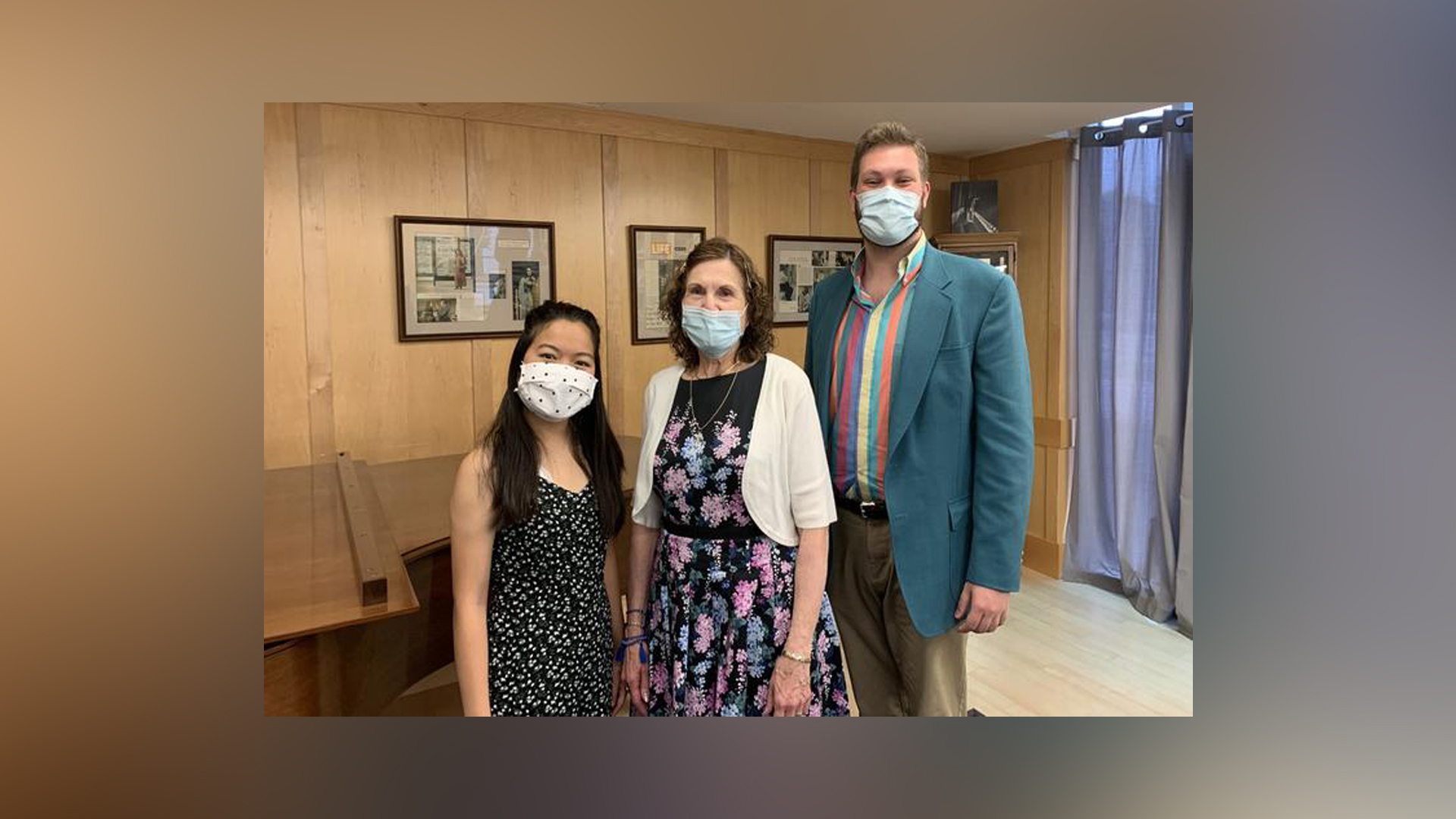 When Nancy Fish Hanna (’68 home economics, College of Agriculture, Food and Environment) was a child growing up in Raleigh, North Carolina and Milford, Pennsylvania, she had what some might call a magical childhood filled with travel — trips to art museums, the local ballet, music, and her personal favorite, the theatre. Hanna has a true appreciation and love for all areas of the arts, and she credits her mother, Dorothy Dowling Fish, with exposing her and her siblings at a very young age to a variety of experiences and ideas that proved to be an integral part of their cultural upbringing.

In honor of her mother, Hanna has established the Dorothy Dowling Fish Scholarship Fund, an endowed undergraduate scholarship that will benefit students in the University of Kentucky College of Fine Arts. The scholarship will be rotated among students in the four academic units within the college in recognition of her mother’s multidisciplinary passion for the arts, including the Department of Arts Administration, the School of Art and Visual Studies, the School of Music and the Department of Theatre and Dance. The first scholarship will be awarded to an arts administration student in the 2022 academic year.

“As a dedicated alumna of UK, Nancy honors her mother’s artistic passions and sets a personal example of generosity by providing much needed financial support to students as they near the completion of their arts degrees,” said Mark Shanda, dean of the UK College of Fine Arts. “With this gift, Nancy affirms her commitment to recognizing excellence and fostering the success of the next generation of artists.”

Rachel Shane, department head and associate professor of arts administration, adds: “Thanks to the generosity of Nancy Hanna, student achievement is not only celebrated but rewarded. As chair of the Department of Arts Administration, it is exciting to be a part of naming the first scholarship recipient this spring for the next academic year. Our students, who actively make art happen, are the future of the arts industry. Supporting students as they finish their degrees, sets them up for success as they enter the workforce.”

Hanna says that her mother graduated from Sayre College High School in Lexington, now Sayre School. While she was a student there, her parents met at a formal tea dance. After the two married, her mother’s time was spent raising Hanna, her sister and her brother and building upon her love of art which included embroidery work, applique, decoupaging furniture, decorating, and pen and ink drawing. Later Dorothy Fish began oil paintings, scenes from Shakespeare, copies from Fragonard, and historical portraits.

“One particular painting was of President John F. Kennedy when he visited Milford exactly two months before he died,” Hanna said. “She had captured his shiny copper penny hair in the sunlight of that beautiful day.”

“My mother oil painted during the Vietnam War and the paintings she did of Churchill and Lancelot still remain in the family home in Milford, Pennsylvania,” Hanna said. “When we lived in Raleigh, North Carolina, we had a library in the den filled with books, so we were well-read. We were very theatrical at home and I remember my mother describing and reciting lines from the movie ‘Gaslight.’ It wasn’t until I saw the movie years later that I realized the lines my mother recited were spot on with the film.”

Her mother’s love of the arts heavily influenced Hanna her entire life. She still enjoys concerts, ballet and attending local high school plays, some she says are as good as any she has seen professionally.

“I love it all,” Hanna said. “I do a lot of decorating. I bought and renovated five historic houses in Herkimer, New York, and I’ve redecorated Sunday school rooms at the Herkimer Reformed Church twice, finishing this past August. The family’s 1875 three story brick Victorian home in the Poconos continues to be a long-term restoration.”

Giving back to the UK College of Fine Arts in her mother’s name seems fitting considering the arts were such a large part of Hanna’s upbringing. She is reminded that her father taught her that faith without works is useless and you can’t take money with you.

“College has value aside from preparing students for careers,” Hanna said. “The academic experience expands the mind to a whole new world of ideas. I will enjoy seeing the money put to good use.”