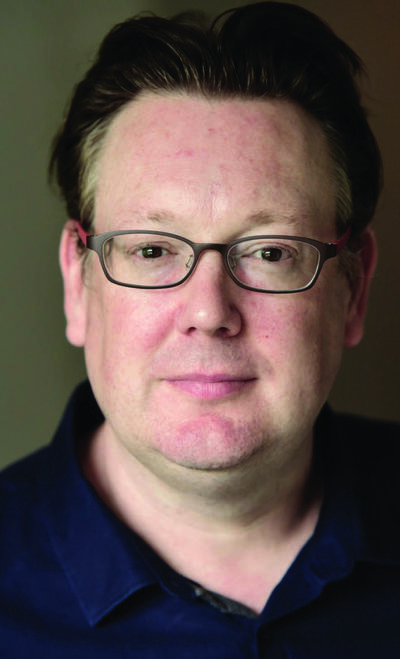 STEPHEN WRENTMORE is a British theatre director, writer, academic, and change consultant working in the USA.

He was Artistic Producer at Lighthouse, Poole’s Centre for the Arts until 2018. Previously he worked as adjunct Professor of Theatre at Oklahoma City University. Formally, he was Associate Artistic Director of Arizona Theatre Company, Artistic Director of the Byre Theatre in St Andrews, and has worked at The National Theatre in London, Tate Gallery, and internationally in theatres from Siberia to San Francisco.

Highlights in his directing credits include: World premiere of Archipelago by Caridad Svich at Lighthouse, The Importance of Being Earnest, The Great Gatsby, Macbeth and Copenhagen in Arizona. At ATC he founded Cafe Bohemia, a new play development and performance initiative that supported over 18 writers including Larissa FastHorse, Caridad Svich, Krisitiana Colón, and Matthew Spangler. In New York, Mr. Wrentmore directed readings of Used to Was (Maybe Did) by Brian Dykstra, with Margarett Perry at the Lark Play Development Center and Archipelago by Caridad Svich at Primary Stages. Numerous productions internationally with highlights including: Loveplay by Moira Buffini; Vincent in Brixton by Nicholas Wright; the world premiere of Howard Barker’s Wounds to the Face in London, The Cripple of Inishmaan by Martin McDonagh and Far Away by Caryl Churchill at Meyerhold Theatre, Moscow and Theatre5, Omsk; The Lieutenant of Inishmore by Martin McDonagh at the National Theatre, Kosovo; The Country by Martin Crimp at National Theatre in Belgrade, Serbia.

Mr. Wrentmore studied at the University of Cambridge and the Royal Central School of Speech and Drama and is a Fellow of the Clore Leadership Programme.